India’s largest reselling e-commerce application MEESHO has shown record-break growth in the past few years. With the aim to be the top reselling app in India, Meesho has risen to immense popularity in the past few years. MEESHO also called “meri e-shop” in Hindi is a marketplace that offers. Meesho earns money from the commissions they charge sellers. When a reseller sells a product on the Meesho platform, the seller of that product will be charged a 10-20% commission. The commission-earned model is similar to that of e-commerce platforms such as Amazon and Flipkart.

MEESHO evolved from a local shop to a social e-commerce platform with 10,000+ entrepreneurs. This also applies to how they attract their target audience and how logistically convenient it is for these shops to maintain a presence

In just 6 years of its existence, Meesho has gained huge popularity through niche marketing, Influencer marketing, social media marketing, and Meme marketing– wondering what meme marketing is? Read our blog.

Today, we’ll talk about how INFLUENCER MARKETING helped meesho have such successful marketing campaigns. Influencers are a great asset when it comes to reaching a wide range of audiences. When a brand gets connected with an influencer it gains customers’ trust. And the same was reflected with their recent IPL campaign which made every customer go “AREEY WAAH” 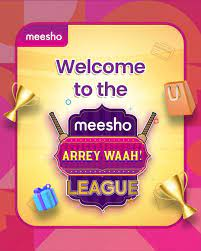 The mission was basically aimed at each Indian’s internet shopping experience by permitting them to find a huge, special, and important grouping of items at top-notch estimating. The mission was made considering Meesho’s point: to democratize online business for everybody. It features the organization’s endeavors to bring down passage obstructions, reinforce a strategic foundation for Tier 2+ business sectors, and increment the discoverability of hyperlocal organizations and things. 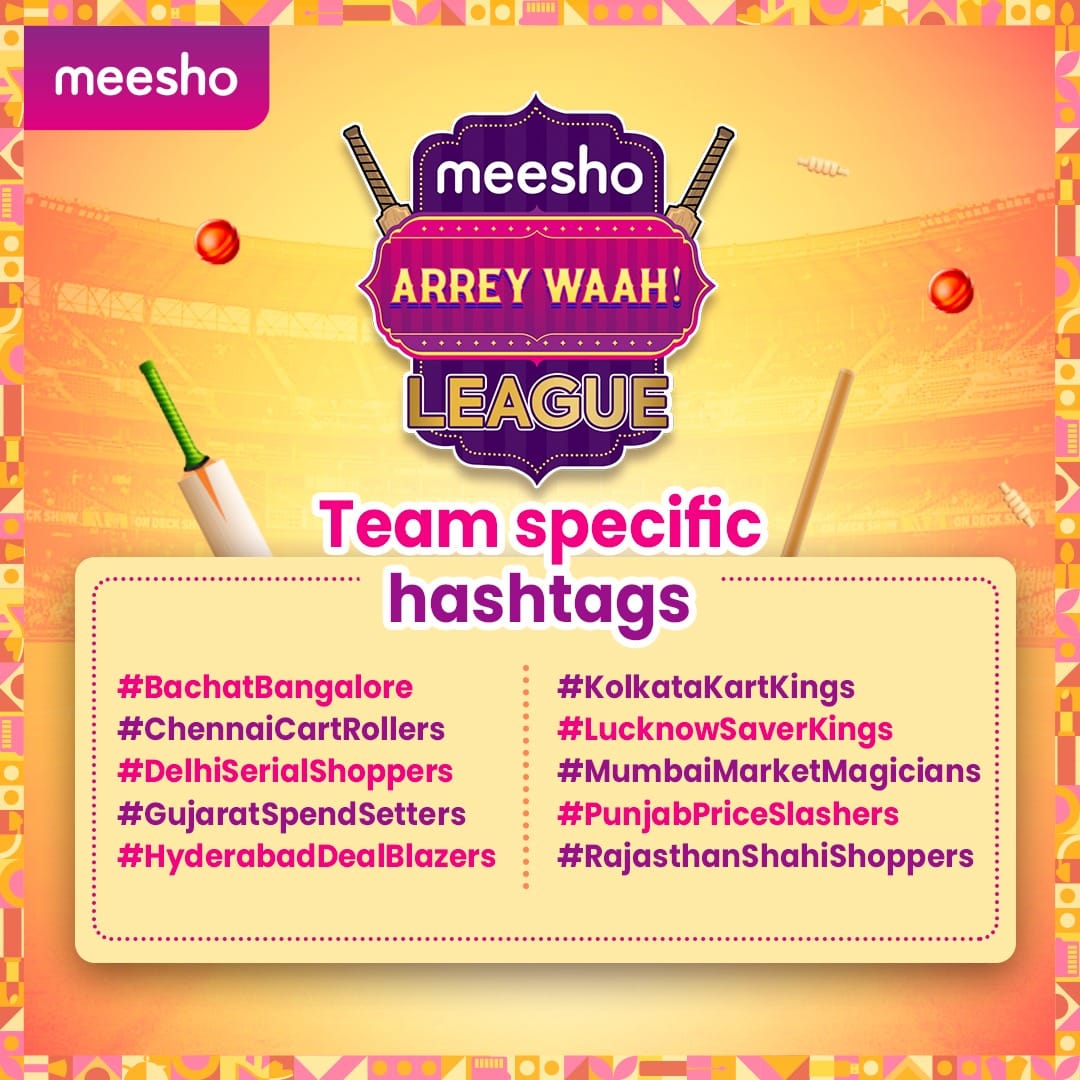 The Meesho Arrey Waah League is an all-encompassing campaign that integrates the hype around the IPL with Meesho’s Arrey Waah campaign.

Each Influencer/celebrity was given a team name like Rajasthan Shahi Shoppers led by Dhanashree Verma and Lucknow Saver Kings led by Aly Goni.

The campaign had 3 rounds in each of which the influencers introduced a challenge and nudged the users to take part in the same by offering them exciting vouchers, gift hampers, and IPL official merchandise.

What we loved the most were their creative and super engaging challenges. They ensured the audience enjoyed the most while participating in each of those. Let’s take you through the 3 challenges they created:

And this was not it, MEESHO came up with another campaign that focused on “BACHAT” called the MAHA INDIAN SAVINGS SALE 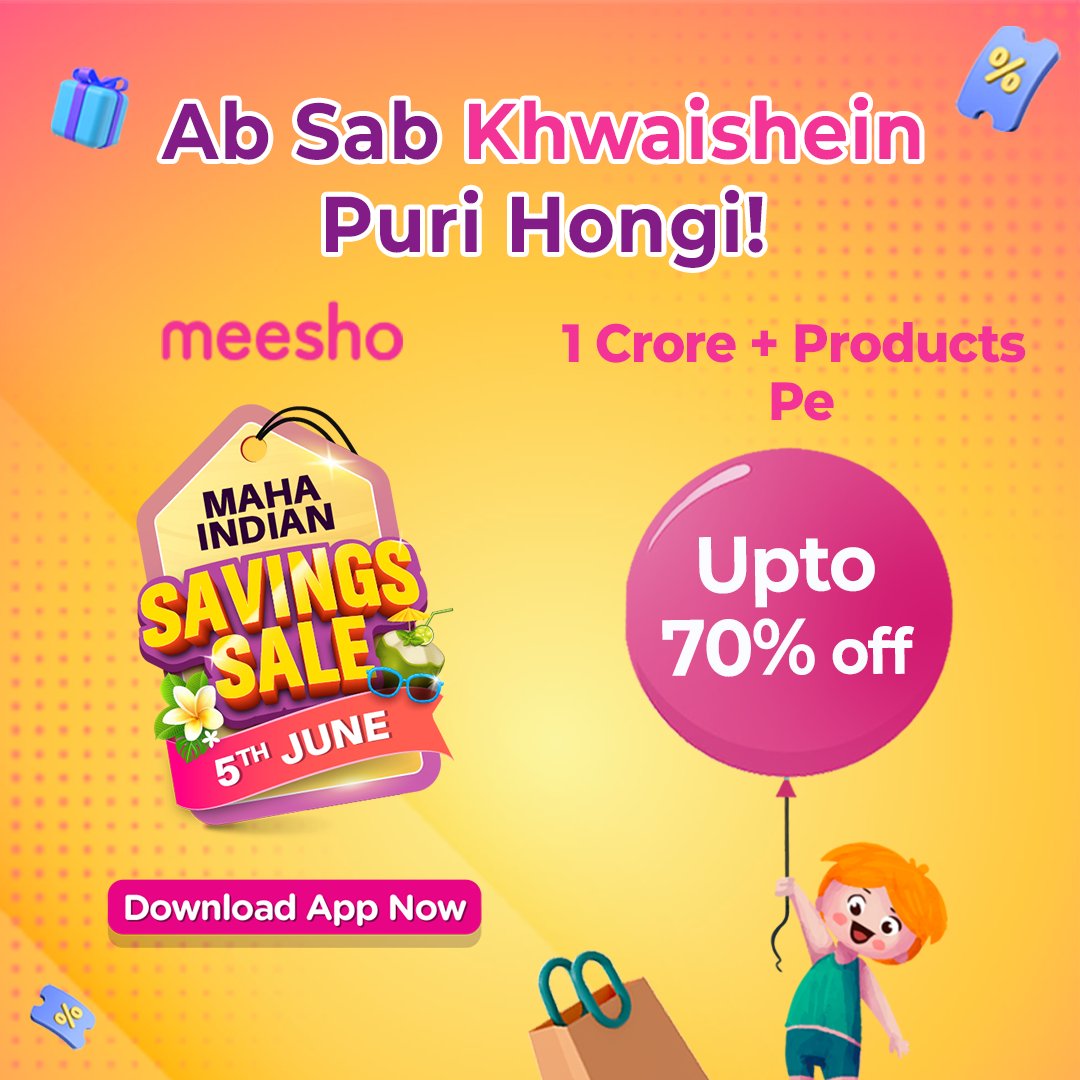 No wonder why MEESHO is the current favorite shopping application among Gen-Z as well as the go-to platform for resellers from every corner of the street. The recent campaign success adds to the glory of meesho. So If you are a new startup brand or a brand looking to upscale your business with such amazing marketing strategies and campaigns then what are you waiting for? Connect with us at hello@vavodigital.com and we will reach out to you.